The cross – the iconic symbol of Christian faith – is strewn across churches t-shirts, necklaces, and tattoos. What was once associated with the most brutal of deaths is now an image and reminder of hope. This symbol lies at the core of atonement theories. This senseless act of violence on Golgotha transformed the world and has been the subject of Christian thought up to the present day. 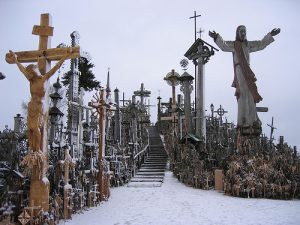 Hans Boersma, a professor at Regent College, attempts to make sense of the penal substitution model in a modern context. For Boersma, the big question surrounding penal substitution is violence. While some theologians argue that violence is universally reprehensible and therefore God has no participation in the violence of the cross, Boersma asserts that the critics of penal substitution misunderstand the reasoning behind the doctrine. In the mind of the critic, the cross does not fit the penal model because it describes a God desiring retributive and violent justice for the sins of humanity. Boersma believes, instead, that the divine intention of the cross is to recapitulate and reconstitute humanity through restorative justice. In contrast to nonviolent atonement models, the notions of recapitulation and reconstitution directly bolster the penal atonement model. Boersma asserts, however, that the Penal Substitution model is not enough to formulate a comprehensive view of atonement.

Realistically, any attempt at understanding the divine intentionality of the cross is explained by metaphor. When one thinks critically, all language is rooted in metaphor. We use words to describe a reality but the word itself is not the reality in which it describes. With this conception in mind, Boersma contends,

“Some of the most prominent metaphors that Scripture uses to describe the meaning of the cross center on sacrifice, financial exchange, slave trade, healing, reconciliation, and military trade” (Boersma, 99).

Thus, all attempts at understanding the atonement are efforts at using metaphor to explain a theological point. It becomes important, then, to understand the lenses used to describe the atonement.

One of the central lenses employed in order to understand the atonement is the theory of moral influence. The cross as a manifestation of God’s love represents the foundational premise of this stance. Peter Abelard, the originator of the theory, speaks of the cross:

“It is evident that all this was done in order that he [i.e., Christ] might show how great love he had for men, and so inflame them to greater love in return” (Abelard quoted in Boersma, 176).

By accenting love, Abelard deemphasizes the violence of the cross and replaces it with an emphasis on the life of Jesus. Along these lines, Boersma argues,

“Without the element of moral influence we do justice neither to Christology (the prophetic office of Christ) nor to soteriology (the subjective pole of the atonement). We end up missing a significant element of the hospitality of the cross” (Boersma, 117).

In other words, the lens of moral influence by which one views the cross strengthens a penal substitutionary model of atonement because it adds an avenue of response. The cross is not merely an instance of divine justice; it is an illustration of God’s love that demands a human answer. However, by privileging the love of God manifested in the life of Christ, a moral influence theory of atonement does not place high emphasis on the death and resurrection of Jesus.

Another classical lens through which one views the cross is the theory of satisfaction. The satisfaction idea – that God holds a righteous character that demands just punishment for sin – is a theme running through Christian tradition. Yet it was not systematically introduced as an ordered idea until the writings of Saint Anselm. The legal exchange language in satisfaction has led specifically to the penal substitution model. We have already seen the problematic portion of the penal model, but it is important also to see the positive aspects. To start, Christopher Marshall reinterprets the penal model in Pauline theology when he argues:

“It is true… that Paul sees a substitutionary dimension to Christ’s death. But it is substitutionary not in the sense of one person replacing another, like substitutes on a football team, but in the sense of one person representing all others, who are thereby made present in the person and experience of their representative. Christ died not so much instead of sinner as on behalf of sinners, as their corporate representative” (Marshall, 61).

This passage echoes not only the concept of reconstitution discussed earlier, but also the theory of recapitulation. When one understands penal substitution as recapitulation and reconstitution, the resulting satisfaction lens of atonement places a proper understanding on the divine intentions of the cross which are not retributive but restorative. But if an individual only holds a penal view of the atonement, he or she deemphasizes the significance of Christ’s life and resurrection. Boersma adds,

“The violence of the penal aspect of the Law is always subservient to the eschatological future of God’s unconditional hospitality” (Boersma, 177).

Thus, the penal aspect of the atonement when held by itself is lacking.

Therefore, one must focus on the last atonement lens: Christus Victor. On the subject Boersma writes,

“There is a sense, therefore, in which the Christus Victor theme is the ultimate metaphor. Moral influence and penal representation are subordinate to Christus Victor inasmuch as they are the means towards an end” (182).

“Christ retraced and in principle restored humanity to incorruptibility and immortality. While this means that Irenaues’s atonement theology has an objective component – Christ truly gained victory through his life and his death – it also implies a subjective pole:  Christ is now our perfect teacher, who rescues us from forgetfulness and imparts true knowledge, as well as our moral example, who persuades us to imitate him” (187).

Boersma believes that following the path of Irenaeus to Christus Victor is the best way of holistically understanding what happens on the cross because the theory leaves room for moral influence and penal substitution metaphors. While the Christus Victor model places a great deal of importance on the life and death of Jesus, Boersma believes it especially emphasizes the victorious resurrection of Jesus and the implications of that event in the lives of humans. 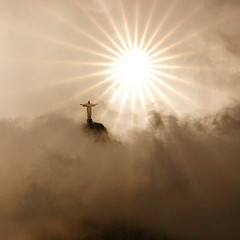 “Whereas the juridical aspect continues to hold an important place, the penal aspect needs to be complemented by moral influence and Christus Victor elements” (Boersma, ed. Sanders, 56).

In this way, Boersma makes a claim for all holding all three atonement models simultaneously.

Peter Abelard, Exposition of the Epistle to the Romans, The Epitome of Christian Doctrine, 25, quoted in H.D. McDonald, The Atonement of the Death of Christ: In Faith, Revelation, and History (Grand Rapids, MI: Baker Academic, 1985), 176, quoted in Hans Boersma, Violence, Hospitality, and the Cross: Reappropriating the Atonement Tradition (Grand Rapids, MI: Baker Academic, 2004), 115.