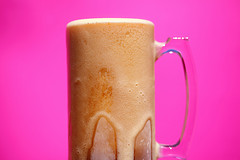 If you could go back in time to change our current future, would you?  And even more importantly what would you change?  This is the very question posed to 30-something, divorced, High School English teacher Jake Epping by his odd frycook friend Al.  Al discovers a “rabbit-hole” in the supply closet of his restaurant that leads to Tuesday September 9, 1958 at 11:58 AM.  After Al sends Jake in the past for a root beer he explains a bit about the rabbit-hole.

“How long was I gone?”
“Two minutes.  I told you, it’s always two minutes.  No matter how long you stay.”  He coughed, spat into a fresh wad of napkins and folded them away in his pocket.  “And when you go down the steps it’s always 11:58 A.M. on the morning of September ninth 1958.  Every trip is the first trip…”
“Every time is the first time.” I [Jake] said slowly, putting a space around each word.  Trying to get them to make sense in my mind.
“Right.”
“And every person you meet is meeting you for the first time, no matter how many times you’ve met before.
“Right.”

Essentially what Al and now Jake have stumbled in to is time travel to one specific day with an automatic reset button if the person doing the time traveling ends up ruining the world.  Unfortunately for Jake, Al is quickly dying of cancer. Leading Al to pass on his life’s mission to Jake–Save John F. Kennedy from assassination.

“That’s right,” [Al] said.  “I had to opt out.  But you’re not sick, buddy.  You’re healthy and in the prime of life.  You can go back, and you can stop it.”
He leaned forward, his eyes not just bright; they were blazing.
“You can change history, Jake.  Do you understand that?  John Kennedy can live.” 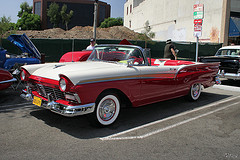 Al and Jake decide on JFK because his assassination is well within a timeline where Jake could change the world, after waiting and planning for only 5 years, and still enjoy the altered present.  Stopping 9/11 would leave Jake an old man while stopping Hitler is too far in the past for the rabbit-hole to allow for.  So Jake takes on the alias of George Amberson and travels to 1958 a time before the internet, where women and people of color were not valued as equal, where gas is cheap enough to justify a Ford Sunliner, and where the future of 2012 is nothing more than a bright dream. Of course the past is resistant to change and continually complicates Jake’s mission with flat tires, murderous ex husband’s, cancer, death, car accidents, mobsters, thugs and unhappy gamblers.

While 11/22/63, as a blend of historical and science fiction, is quite a different novel from the typical Stephen King, there are a few very traditional King horror scenes.  Jake/George is charged with saving a family from their father who attempts to bludgeon them all to death on Halloween.  Similarly Jake/George must save his sweetheart, Sadie, from her psychotic and OCD ex-husband who has disguised himself with long orange hair.  Although King does write a lot of horror, he is actually a fairly diverse writer with novels such as The Stand, apocalyptic dystopia, and The Eyes of The Dragon, fantasy.

11/22/63 feels in many ways like several separate but connected stories as Jake saves friends from their horrific pasts, learns to live in 1960’s, falls in love with the librarian Sadie Dunhill, and hunts JFK’s assassin Lee Harvey Oswald.  Jake/George has a serious hero/savior/messiah/Jesus complex, which he is entitled to based on his knowledge of the future.  However, what Jake/George fails to realize is that while the past can be changed the resulting future is difficult to predict.

After Jake/George manages to stop the JFK assassination, hold his dying sweetheart in his arms, and be released by the FBI, he travels back through the rabbit hole to discover 2011 like he never imagined it: earthquakes, nuclear radiation all over the east coast, no civil rights movements in the 1960s leading to horrendous race riots, mass suicides around the world, increased fundamentalism of all kinds, and frequent nuclear bomb threats to and from foreign countries.  In short the world that Jake/George steps into is a nuclear wasteland with increased violence.

Jake may have saved JFK, but he failed to make the world a better place.  It is this that leads Jake to the most salvific thing he could do, trade living in the past with the love of his life for the health and safety of the world.  Jake returns to the past to reset things to the 2011/12 that we currently know, but our future is impossible if Jake and Sadie are together.  Jake may not have given up his own life and he certainly did not succeed with his original mission, but he sacrificed a life with Sadie for the good of the world.  That in itself is a beautiful thing.