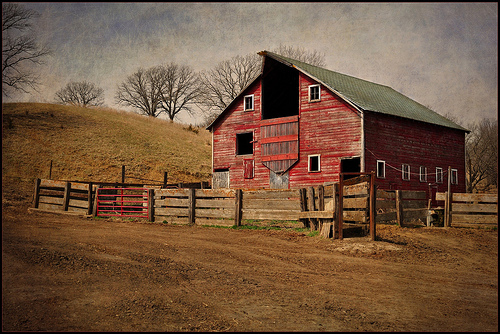 Gilead, Marilynne Robinson’s 2004 novel, is one that I have heard a lot about for several years.  It is one of those books that seems to come up in discussions of favorites. The novel won the  2005 Pulitzer Prize for Fiction and the National Book Critics Circle Award.  In addition President Barack Obama lists Gilead as one of his favorite books on his facebook page.  I attempted to read Gilead on a midnight greyhound to Spokane once, but the slow pace of the book could not compete with my increasingly strong desire to sleep or the strange characters that night busses always tend to collect.  This time around I was much more successful as we were reading Gilead as a class for THEO 6720: Vocational Discernment & Discipleship.

Gilead is in essence the fictitious autobiography of John Ames who is writing about his life to his young son.  Ames is a pastor during the late 1950’s in Gilead Iowa.  His narration of his own life revolves around what it is like to be a minister, his relationship with his own father and grandfather, his relationship with his namesake, observations of his young wife and son, and his feelings around the death of a wife and daughter.  The book itself is rather slow, both in subject matter and writing.  In many ways Gilead feels as though you are speaking with someone else’s grandfather.  Stories are jumbled and tend to drop off and reappear in odd places and yet somehow at the end the old guy has told a cohesive narrative. 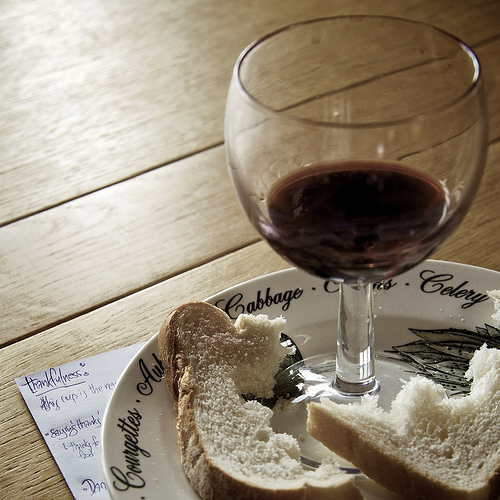 While personally Gilead did not hold up to all the hype and esteem that surrounds the book, there are several very intriguing themes: sacraments as echoes, blessings as sacraments and the sacramentality of ordinary life.

For Ames every sacramental act echoes back to other sacramental acts.  Thus a current baptism echoes back to Ames baptizing his wife, his dying infant daughter, and  the litter of kittens he baptized as a boy.  The beauty and connectivity of sacraments is something we often miss.  Shouldn’t every baptism we see echo back to our own.

Here I am trying to be wise, the way a father should be, the way an old pastor certainly should be.  I don’t know what to say except that the worst misfortune isn’t only misfortune–and even as I write those words, I have that infant Rebecca in my mind, they was she looked while I held her, which I seem to remember, because every single time I have christened a baby I have thought of her again.  That feeling of a baby’s brow against the palm of your hand–How I have loved this life.

And he took his hat off and set it on his knee and closed his eyes and lowered his head, almost rested it against my hand, and I did bless him to the limit of my powers, whatever they are, repeating the benediction from Numbers….Nothing could be more beautiful than that, or more expressive of my feelings, certainly or more sufficient, for that matter…Then he sat back and looked at me as if he were waking out of a dream.

The theme that I found most moving was an understanding of the sacramentality of ordinary life.  For Ames in the last few weeks of his life every meal is communion, every moment with water is a baptism and basically every conversation is a blessing.  This does not at all diminish congregational sacraments in church, but rather infuses life with a holy tenor.

My Father brought me some biscuit that had soot on it from his hands.  “Never mind,” he said “there’s nothing cleaner than ash.”  But it affected the taste of that biscuit, which I thought might resemble the bread of affliction, which was often in those days, though it’s rather forgotten now.

What would our lives look like if dinner with family and friends was seen as a sacrament.  If we looked for the holiness in a conversation over coffee.  If the mere act of showering or washing one’s face was connected to baptism?