Book Review: The Art of the Commonplace

Born in rural Kentucky, Wendell Berry is a farmer, critic, and prolific author. He has published many works in the genres of novels, essays, poems, and short stories. Berry received his B.A. and M.A. in English from the University of Kentucky before attending Stanford University’s Creative Writing Program. He obtained a Guggenheim Foundation Fellowship and taught English at New York University before taking a position on faculty at the University of Kentucky. After a decade of teaching, Berry purchased a farm in the Kentucky countryside where he works and writes about the virtues of connection to the land. Berry has won numerous awards, including the T.S. Eliot Prize, the Thomas Merton Award, and the Cleanth Brooks Medal for Lifetime Achievement from the Fellowship of Southern Writers.

Living in a city, we sometimes find nature a nuisance. Snow might display beautiful characteristics as it coats a meadow, but when it materializes during a commute, its beauty can be lost in the headaches it induces. Vibrant evergreens coating a mountain convey the highest forms of art, yet trees that stand in the way of a property owner desiring a “better” view convey only annoyance. Urban life is ultimately divorced from the land. A simple block-to-block walk downtown provides little or no evidence of ecology. The Art of the Commonplace decries these realities as it presents a case for an agrarian-minded society.

Berry’s collection of essays is divided into five parts:

In these sections, Berry makes the case for a countercultural understanding of society, a way of life rooted in and sustained by the land.

Central to Berry’s thesis is a scathing critique of consumerist culture and industrial business practice. Where our ancestors lived in unity with the land, we exist in tension with the land. The Art of the Commonplace contains prophetic passages where Berry takes the form of a minor prophet beating the drum of repentance in the face of giant institutions.

Along these lines, Berry writes,

“It is possible to make a little economy, such as our present one, that is so shortsighted and in which accounting is of so short a term as to give the impression that vices are necessary and practically justifiable. When we make our economy a little wheel turning in opposition to what we call ‘nature,’ then we set up competitiveness as the ruling principle in our explanation of reality and in our understanding of economy; we make of it, willy-nilly, a virtue. But competitiveness, as a ruling principle and a virtue, imposes a logic that is extremely difficult, perhaps impossible, to control. That logic explains why our cars and our clothes are shoddily made, why our ‘wastes’ are toxic, and why our ‘defensive’ weapons are suicidal; it explains why it is so difficult for us to draw a line between ‘free enterprise’ and crime. If our economic ideal is maximum profit with minimum responsibility, why should we be surprised to find our corporations so frequently in court and robbery on the increase? Why should we be surprised to find that medicine has become an exploitive industry, profitable in direct proportion to its hurry and its mechanical indifference? People who pay for shoddy products or careless services and people who are robbed outright are equally victims of theft, the only difference being that robbers outright are not guilty of fraud” (233).

In his mind, the contemporary industrial economy shoulders much of the blame regarding what is wrong with the world. Not only does capitalism create a system where efficiency requires low quality and high profits, but also it compels business leaders to act right up against the barriers of what is legal. In such instances, it is no surprise to see broken laws and broken people.

Moreover, the industrial economy creates a civilization incapable of sustaining itself. Berry laments,

Forget growing a potato; I could not tell you even when they are in season. As a child, I vaguely remember my mother buying blueberries in mass quantities because they were in season. Today, I am a grocery store away from infinite resources of blueberries year-round. While I have not taken a poll of my generation, it seems that most people my age are in a similar position. The seasonal connection to the land by way of fruits and vegetables has slowly gone the way of the buffalo. If I do not understand the seasons, how can I expect to establish a green thumb?

“Logically, in plenitude some things ought to be expendable. Industrial economics has always believed this: abundance justifies waste. This is one of the dominant superstitions of American history – and of the history of colonialism everywhere. Expendability is also an assumption of the world of efficiency which is why that world deals so compulsively in percentages of efficacy and safety. But this sort of logic is absolutely alien to the world of love. To the claim that a certain drug or procedure would save 99 percent of all cancer patients or that a certain pollutant would be safe for 99 percent of a population, love, unembarrassed, would respond, ‘What about the one percent?’ There is nothing rational or perhaps even defensible about this, but it is nonetheless one of the strongest strands of our religious tradition – it is probably the most essential strand – according to which a shepherd, owning a hundred sheep and having lost one, does not say, ‘I have saved 99 percent of my sheep,’ but rather, ‘I have lost one,’ and he goes and searches for the one” (154-55).

In short, reconnecting ourselves to the land both through a local economy and through an agrarian-based religion reminds us of the power of pursuing the one as opposed to neglecting the one by rationalizing that the 99 are enough.

While I appreciate and typically side with the critiques posed by The Art of the Commonplace, I find the conclusions to be slightly utopian in nature. In other words, Berry’s exhortation to reconnect with nature seems slightly akin to arguing that humanity ought to go back to a place and time before the fall, living a reconciled life in God’s Creation. 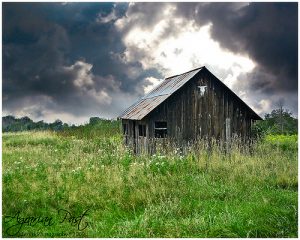 The fall, in my estimation, significantly alters humanity’s relationship with nature. Granted, industry possesses a poor track record of domination over the natural world. Nevertheless, biblically mandated stewardship does not negate the possibility of development. As with most things, the extremes on both sides of the economic argument fall into untenable positions. Business provides valuable opportunities to assist those in need; local economies connected to nature remind humanity that it is a creature and not a creator.

Even though I do not find anything inherently evil about urban life, Berry’s writings present a counterpoint to the dominant views. As a society, we ought to remember and enjoy the natural world and humanity’s connection to it. Berry’s economic, cultural, and religious positions found in The Art of the Commonplace are worthy of wholehearted study. He poetically and unashamedly renders his positions; his critiques remind us that business as usual will never solve all the world’s problems. For these reasons, I recommend this book.