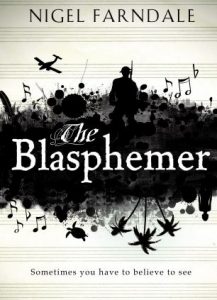 Best known for his interviews in the Sunday Telegraph, Nigel Farndale is a British author and journalist. Farndale went to Barnard Castle School before receiving a master’s degree in philosophy from Durham University. On top of his work for the Sunday Telegraph, Farndale contributes articles to the Sunday Times, Country Life, and Spectator. Of his five published books, Haw-Haw: The Tragedy of William and Margaret Joyce was shortlisted for both the 2005 Whitbread Prize and the James Tait Black Memorial Prize. Additionally, The Blasphemer was shortlisted for the 2010 Costa Novel Award. Farndale lives between Hampshire and Sussex with his wife and three sons.

What Kind of Person Are You?

In times of severe distress, it is often said that your actions betray the kind of person you are. Some people submit to whatever fate awaits; some reveal a heart of bravery as they seek to save others at the expense of themselves; and some leave all relational obligations behind as self-preservation takes over the nervous system.

Daniel Kennedy – a zoologist, Dawkinsian atheist, and protagonist of The Blasphemer – would first choose to save himself. As a downed seaplane off the Galapagos Islands fills with water, he swims past his struggling, common-law wife, Nancy, in order to reach the surface. Although Daniel fills his lungs with air in order to swim back down to the sinking wreckage in order to save Nancy, the psychological damage is done.

Later, while Daniel attempts to swim approximately 14 miles to the Galapagos Islands hoping to find help for his fellow survivors, he is compelled forward by a vision of a man, an apparition, an angel, or, more logically, a hallucination.

Between the tensions of modern science and ancient religious tradition, Farndale crafts his characters:

“Perhaps you are right. Perhaps that is why God makes angels, immaterial beings whose identity resides in the world of thought. The unseen world. The abstract world. They are creatures that can’t be explained away by scientists.”

“No. I said that Darwin said that men make angels.”

“So you do believe in them?”

“They have been described as the most beautiful conceit in mortal wit, and I would go along with that” (177).

Although the tome begins slowly, the story compellingly unfolds into a page turner. Farndale’s characters provide depth in the storyline, and the motifs from each era unite nicely.

Ultimately, The Blasphemer is a cinematic story surrounding belief. While some create a dichotomy between faith and reason, Farndale suggests that faith is a necessary aspect of reason. When placed in stressful and life-threatening situations, humans react in different ways. Some safe themselves, some save the most talented, and other are self-sacrificial. In all of these instances, actions exist on a foundation of faith. One of the better books read last year, I recommend The Blasphemer.