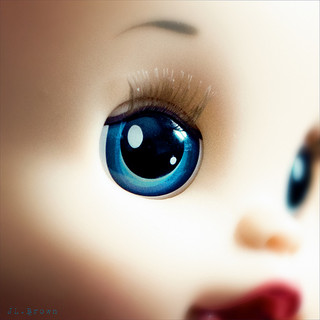 Toni Morrison’s first novel, The Bluest Eye, centers around the complexity of race and how this determines beauty.  While Morrison wrote the novel in the late 1960s, she was contemplating an encounter from her childhood.  Morrison recounts in the preface that she was confounded as a child when her friend, another African-American girl, wanted to have blue eyes.  Morrison, even as a girl, was disturbed that her friend could not see the beauty in her own natural features.  Interestingly enough the only dark body with blue eyes in the novel is a cat who promptly, though accidentally, is killed after the main character Pecola sees the strange feline.

The Bluest Eye is a hauntingly tragic portrayal of race in america, specifically the midwest, during the years following the Great Depression.  While the novel centers on Pecola Breedlove, she is often portrayed as a minor character as the majority of chapters in the novel are from the perspective of another character in the book.  The novel is narrated mostly by Claudia, both as a young girl and as an adult, as well as through some third person narration.  In the pages before the first part of the book entitled Autumn adult Claudia writes

Quiet as it’s kept, there were no marigolds in the fall of 1941.  We thought, at the time, that it was because Pecola was having her father’s baby that the marigolds did not grow…We had dropped our seeds in our own little plot of black dirt just as Pecola’s father had dropped his seeds in his own plot of black dirt.  Our innocence and faith were no more productive than his lust or despair. What is clear now is that all of that hope, fear, lust, love and greif, nothing remains but Pecola and the unyielding earth.  Cholly Breedlove is dead: our innocence too.  The seeds shriveled and died; her baby too.

There is really nothing more to say–except why.  But since why is difficult to handle, one must take refuge in how.

The Bluest Eye is filled with the challenging matters of race, incest, poverty, child molestation 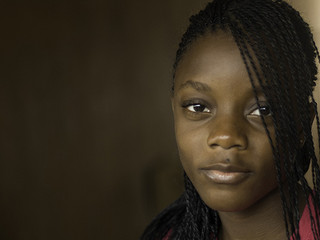 , prostitution, domestic violence, substance abuse and portrays Christianity as either irrelevant to the lives of many or simply a way (like perceived racial superiority) to pronounce yourself righteous and to condemn those less religious as immoral.  For Morrision Pecola’s experience is not to be seen as typical of African American girls in America, but perhaps an extreme of what can happen to these young girls who are despised for their race, poverty and ugliness if they have no one to rely on.  Two of the most intriguing themes in the novel is the notion of beauty and the idea that love is only as good as the lover.

Pecola is described, as is the rest of her family as ugly

Mrs. Breedlove, Sammy Breedlove and pecola Breedlove–wore their ugliness, put it on, so to speak, although it did not belong to them…YOu looked at them and wondered why they were so ugly; you looked closely and could not find the source.  Then you realized that it came from conviction, their conviction.  It was as  though some mysterious all knowing master had given each one a cloak of ugliness to wear, and they had each accepted it without question…And they took the ugliness in their hands, threw it as a mantle over them, and when about the world with it.

Throughout the novel it is made clear that the beauty that is valued in little girls is the kind of beauty that Shirley Temple has.  Pecola’s beauty is not valued, understood or seen by others.  In the environment that Pecola lives in, an environment that says she is ugly, she develops such a desire for blue eyes that she falls into madness.  Madness that is certainly coupled by her father’s actions of “love.”

Love is never any better than the lover.  Wicked people love wickedly, violent people love violently, weak people love weakly, stupid people love stupidly, but the love of a free man is never safe.  There is no gift for the beloved. The lover alone possesses his gift of love.  The loved one is shorn, neutralized, frozen in the glare of the lover’s inward eye.

For Morrison the quality of love that is given can only be as good as the one who loves, which is clearly seen in the life of Pecola as she is surrounded by broken people who love brokenly.  It may be this belief that causes Morrison so much angst in regards to Christianity.  Is our broken love really any good to God, and depending on your view of God the love of God may not be of a great quality either.

I appreciated The Bluest Eye so much that I ended up purchasing three more of Morrison’s novels at one of Seattle Public Library mini spring sales (the next one is June 22 – 24, 2012).  I am looking forward this summer to settling down with A Mercy, Song of Solomon, and Paradise.

The Bluest Eye is one of several novels and memoirs that have been assigned for THEO 6510 Theology of Race and Culture.