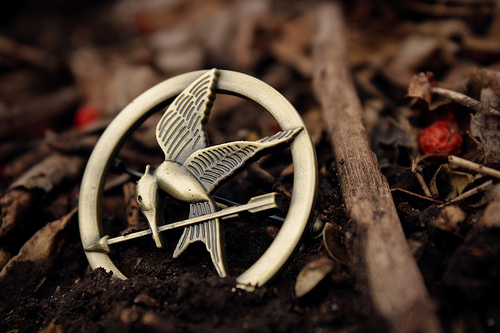 The Hunger Games is Suzanne Collins first book in The Hunger Games Trilogy and the start of her second Young Adult series.  The protagonist and narrator, Katniss Everdeen, is a young woman of 16 trying to provide for her little sister and mother after her father was killed in a mining accident four years ago.  Life for Katniss is not always pleasant, particularly as she could be shot dead for hunting outside of District Twelve’s fence.  This illegal act of poaching and trespassing is the only way for Katniss to adequately feed her family; “District Twelve. Where you can starve to death in safety.”  The fact that the majority of people in District Twelve do not have adequate food is not the only concern that Katniss has about her district:

When I was younger, I scared my mother to death, the things I would blurt out about District Twelve, about the people who rule our country, Panem, from the far-off city called the capitol.  Eventually I understood this would only lead us to more trouble…Even at home, where I am less pleasant, I avoid discussing tricky topics. Like the reaping, or food shortages, or the Hunger Games. 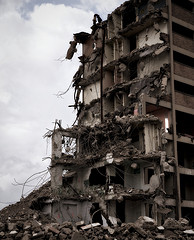 Collins’ futuristic distopia takes place hundreds of years after the collapse of North America.  Amidst the rubble of destruction a new society was built, Panem, which consisted of one shining capitol and thirteen districts. But then came what is referred to as the “Dark Days” when the thirteenth district staged an uprising against the capitol, leading to the entire annihilation of the thirteenth district and a severe punishment for the remaining districts–The Hunger Games.

The rules of the Hunger Games are simple. In punishment for the uprising, each of the twelve districts must provide one girl and one boy, called tributes, to participate.  The twenty-four tributes will be imprisoned in a vast outdoor arena that could hold anything from a burning desert to a frozen wasteland.  Over a period of several weeks, the competitors must fight to the death.  The last tribute standing wins.

The Hunger Games are only one of the many ways that keep the people of the districts in check.  There are “peacekeepers,” who are essentially police from the capitol.  Their main job is to enforce rules, set by the capitol, to keep citizens of the district from doing such things as hunting, trading, or producing illegal goods such as alcohol.  The peacekeepers are above the law and focused not on justice, but rather control. 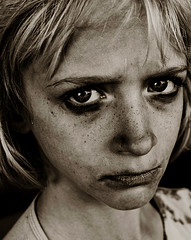 And then there are the tesserae.  The children of the districts are drawn in a lottery to determine who will be in the Hunger Games.  Each year, starting at age 12, children are entered once into the lottery, and then twice at age 13 and so on until they are 18 and entered seven times.  However poor children, starving children, are given the opportunity to buy a tesserae, grain and oil for one person for one year, for an addition to the lottery.  Tesserae can be taken for every member of a family and are compounded, thus leading some like Katniss’ friend Gale to be added 42 times by the time he was 18.  In essence poor children are given greater odds to become Hunger Games tributes.

The Mayor of District twelve states that the Hunger Games are “both a time for repentance and a time for thanks.”  However, the Hunger Games are really nothing more than child sacrifice for the purposes of temporary atonement to the Capitol gods greedy for assurance that they are in control.  The Games also act as entertainment for the capitol, and a measure of control for the districts as watching the games is mandatory.  Before the games actually begin the tributes, children who have won the lottery, are televised during the reaping, presenting, evaluating, interviewing with all the pomp, ceremony and makeup required of Capitol events.

The Hunger Games Trilogy chronicles Katniss as she sacrifices herself by taking the place of her twelve year old sister Prim, in the the 74th Hunger Games.  Katniss fights to survive in the arena, gets tangled up in a love triangle, and defies the Capitol.  While Katniss has grown up despising the ways of the Capitol and the oppressive system of Government, it is not until she is in the arena that Katniss feels as though she should stand up to the injustices around her.

What sparks Katniss’ desire to fight against injustice in the arena is the death of an ally, Rue.  Rue is a 12 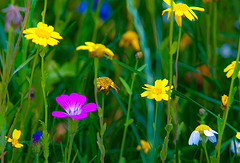 year old tribute from District Eleven, she is sweet, crafty at avoiding conflict, and loves music.  Rue reminds Katniss of her little sister Prim, who is the same age.  When Rue is killed by another tribute, from District 1, Katniss cradles Rue in her arms, sings as Rue lays dying and anoints her body with flowers.

I can’t stop looking at Rue, smaller than ever, a baby animal curled up in a nest of netting.  I can’t bring myself to leave her like this.  Past harm, but seeming utterly defenseless.  to hate the boy from District 1, who also appears so venerable in death, seems inadequate.  It’s the Capitol I hate, for doing this to all of us….

I want to do something, right here, right now, to shame them, to make them accountable, to show the Capitol that whenever they do or force us to do there is a part of every tribute they can’t own.  That Rue was more than a piece in their Games.  And so am I.

A few steps into the woods grows a bank of wild flowers.  Perhaps they are really weed of some sort, but they have blossoms in beautiful shades of violet and yellow and white.  I gather up an armful and come back to Rue’s side.  Slowly, one stem at a time, I decorate her body in the flowers.  Covering the ugly wound.  Wreathing her face.  Weaving her hair with bright colors.

Katniss’ act, of shaming beauty, is televised, like everything in the games.  Hopefully others will also wake up to the injustice around them by seeing Katniss mourn Rue.  In Panem evil does not have a face, it is the structure, the government, the Capitol which is corrupt, broken, villainous.  There is no Voldemort, Lord Sauron, or White Witch in Panem.  Sure the government does have a ruler, President Snow, but he is just as much a pawn, albeit one with some power, in the system he inherited as Katniss is.  Certainly The Hunger Games trilogy is the coming of age story of a young girl, but it is also the story of awakening to systemic injustice.  The long awaited movie, starring Jennifer Lawrence, Josh Hutchersonand Liam Hemsworth, will be in theaters on March 23.  Let us all catch fire to the injustices we see.