Jeffrey Eugenides has finally taken a break from writing short stories for The New Yorker and finished  a third novel, The Marriage Plot.  Eugenides is the author of The Virgin Suicides (you may have seen the movie) and Middlesex.  Both The Virgin Suicides and Middlesex are coming of age stories concerned about the impact dysfunctional families have upon their teenagers.  The Marriage Plot concerns a slightly different subject–college and the few meandering years that follow.  The novel focuses on two late adolescents, Madeline and Mitchell, as they graduate from college, reflect on the experience and  attempt to figure out how they want to live their post-college lives. 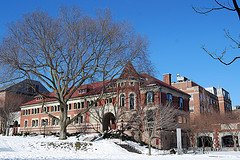 Madeline and Mitchell become friends at Brown University in the early 80’s during their freshman year.  From the moment that Mitchell sees Madeline at her dorm party he wants to marry her.  During the course of college and the year or so that follows they fall in and out of unrequited love with one another, others, books, ideals, and dreams for their respective futures.  Throughout the novel Madeline and Mitchell frequently engage in several non-SPU accepted activities such as sex, drugs and binge drinking.  The Marriage Plot also involves the familiarity of dirty apartments, negotiations with roommates, embarrassment because of  parents,  awkward yet flirty encounters at lousy parties, and infatuation with books.  All of these element are understood by anyone attending any University.

Both characters are too caught up in their love lives to do much in the way of pursuing their dreams. After graduation Madeline and Mitchell drift throughout life.  Madeline moves in with her Manic-Depressive boyfriend and later husband, Leonard.  Madeline at a conference discovers that her love for Victorian literature could lead to a career, but her relationship with Leonard often gets in the way.  While Mitchell bums around most of Europe and parts of Asia looking for God and attempting to discern if divinity school should be the path for him.   Mitchell had never thought about divinity school before a religious studies professor encouraged him to apply.  Leading Mitchell to find the idea of studying theology instead of working 9-5 inviting.  Although Mitchell does quite a few religious and spiritual activities, including Catholic catechism, Quaker prayer meetings and working for Mother Theresa in Calcutta, to see if seminary is for him, thoughts of Madeline always get in the way.

Although Madeline is also an intriguing character, I found my self more interested in Mitchell and his spiritual journey. During his undergrad, Mitchell takes a course on Eastern Religion, leading his professor to encourage him to further his education with an advance degree in theology.  Mitchell also becomes personally interested in faith leading him to frequently recite the Jesus prayer and sneak off to church. 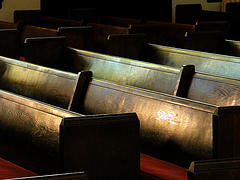 The majority of Mitchell’s religious experiences are as disappointing as most of his encounters with Madeline.  Mitchell is exceedingly good at being devoted to the external measures of faith he seeks to help the least of these, he attends many churches, and he even prays.  However, in all of Mitchell’s spiritual disciplines he does not feel close to God.  He does not hear from Jesus while cleaning the wounds of the dying in Calcutta.  Mitchell does not feel God as he prays for the gift of tongues on a mountain in Athens.  Mitchell does not sense the whisper of the Holy Spirit as he sits in church with the  Quakers.  Mitchell began his religious journey in the classroom and while the ideas of religion intrigue him, they never seem to seep into his heart.

I was able to hear Eudenides do a reading of The Marriage Plot, during the question time I had a friend who was closer to the stage ask why Eugenides was so interested in Religion, when this was never a major theme in his other novels.  Eudenides replied that he was interested in religion, or synonymously perusing the truth, because it is a traditional novelistic theme, which he finds particularly compelling in Tolstoy.  For Eudenides religion is not frequently a theme in modern literature, because he feels that people have forgotten about religion as an important part of human life.  Eugenidies also mentions that religion worked well in the novel especially because of Mitchell’s character.  According to Eugenidies Mitchell’s interest in religion revolves around wanting to be removed from his body because he cannot get Madeline’s.  Perhaps this is why Mitchell’s religious experiences have an emptiness to them, particularly as robust Christianity equally includes the soul and the body.

The Marriage Plot is a painfully accurate view of what college and post-college is like for many, at least in emotionality if not in activity.  Throughout  the majority of the novel the characters are either preoccupied with graduation or their potential future careers, their love lives or whatever book they happen to be enraptured by.  As someone who is also fairly recently out of college I cannot say that this was a good, fun or even interesting read.  However, The Marriage Plot is extremely engaging.  The questions and anxieties of Mitchell and Madeline are also my questions and anxieties.  Will I find love?  Should I spend my life being an academic theologian? Can I find a career that stimulates my academic interests and my bank account?  Can I even find a job?

The story lines contained in The Marriage Plot are painful because they are not only the story lines of fictional characters but also my peers: an early marriage that ends in divorce, the inability to finish school due to mental illness, searching for God at the ends of the earth instead of in the stillness of your own being, as well as long successions of increasingly bad choices in both love and life.  Like all Eugenides’ novels The Marriage Plot is a good mix of the tragedy, strangeness and pleasure found in life and is more than willing to plunge the reader into a world he or she hoped to forget–the painful last stage of growing up.