In the first week of September, I engaged in a weeklong intensive course titled “Church Planting in a Multi-Cultural Context” with Bishop Matthew Thomas from the Free Methodist Church. During this week, one theme that stuck with me was the importance of finding church-planting co-leaders with spotless character.

It is a fact that out of the 14 qualifications for bishops in 1 Timothy 3, 13 of them have to do with character, while only one (be “an apt teacher”) deals with competence.[1] Culturally, the west tends to favor competencies that are flashy and measurable by the number of bodies their talent puts in the pews (or fold-up chairs) on Sunday morning. 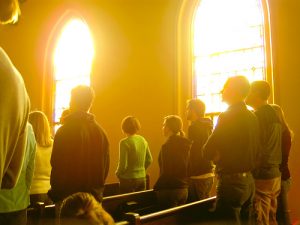 Yet, if Paul in 1 Timothy 3 heavily favors character over competence, then we must go about the task of reassessing what lenses we put on when choosing core leadership. I think we do this by assessing the strengths of the leaders in four categories, in order of importance, and character comes first.

The Case for Character

Character is the most important test of a leader’s overall ability to lead, not only because Paul leans that way, but because character shapes the quality and genuineness of one’s work in ministry.

Without true depth of character, without genuineness of one’s work with parishioners and those who are potential disciples of Christ a leader will likely turn to treating people as commodities; those inside being positioned to meet the personal goals of that leader and those outside simply becoming a number as they come into the ministry.

Genuineness can be faked, fooling many. Sooner or later, though, conflicting attitudes and interests will bring that person (and possibly the ministry) down in flames. As for the quality of work, people of shallow character will cut as many corners as they can to get a job done so as to look close to the desired results. But they are really just getting it out of the way in order to get to things they want to do. A person of shallow character will always miss the spirit in the work, which allows for opportunities of mercy and grace to the ends of releasing the power of God on and in others.

A person with great character will go heavy on acts of mercy and grace, and still have the wherewithal to complete the task they have been assigned. Competence can be taught; character cannot. When hiring co-leaders, therefore, be sure they are of great character, to ensure (as much as it is up to you) that your ministry prospers.