Last spring quarter, I took an ethics class taught by Dr. Doug Koskela. This class discussed various topics such as glossolalia, eschatology, and ecclesiology. While I found these subjects interesting, I particularly enjoyed the study around Improvisation: the Drama of Christian Ethics, a book written by Samuel Wells. Below is an overview of Wells argument followed by an application.

In order to accurately and critically assess Wells’ position on Christian ethics, it is imperative to identify an outline of the basic argument.  To start, Wells believes that the classical formulations in ethics do not touch the root questions behind ethics in general.  In other words, the study of ethics has long been a pursuit of discerning a proper action given a set of differing actions.  However, this view is like placing a Band-Aid on an open wound; it may cover the grotesque but it will not heal the wound by itself.  “Ethics,” proclaims Wells,

Understanding that ethics are not about promoting proper action and instead are about forming proper people, Wells presents a perspective on Christian ethics using an analogy of improvisation.  Simply put, a Christian functions properly as a human being when he or she improvises based on the previous theatrical acts in salvation history.  If one views church history in narrative terms, he or she can easily conclude as Wells does that Christianity constitutes a

“five-act play [where]  Act One is creation, Act Two is Israel, Act Three is Jesus, Act Four is the church, and Act Five is the eschaton” (53).

As Christians living today, we are “performing” in Act Four.  While some pastors and theologians have either viewed the bible as a script designed for Act Four or as a means by which modern Christians are able to write the script of Act Four, Wells argues that the bible discusses creation, Israel, and Jesus; Acts One, Two, and Three.  The Church – as Act Four – must read Scripture not as the script for the current Act but as the script from the previous three Acts with the result that the Church must improvise in the current setting.  Just as improvisation in theater plays off of previous events, so too should the church play off of the previous Acts dictated in Scripture and church tradition.  But these actions are not static; they change with the times as the plot unfolds, always connected to the past Acts in the play and also pointing forward to the Act that has yet to come.

Under the principle of improvisation, the Christian – living in Act Four – functions well by planting proper habits, behavior that over-accepts in situations where typical conduct garners either the response of acceptance or blocking.  Most people in any given situation are inclined to accept or block a scenario.  For example, if a stranger gives you a box, taking the box is seen as accepting and refusing the box is seen as blocking.  Yet, a third scenario of overaccepting exists which Wells defines as

“Overaccepting imitates the manner of God’s reign.  For God does not block his creation: he does not toss away his original material” (134).

Keeping in line with the theme of improvisation, overaccepting is the way in which Christians best continue the narrative begun in Acts One through Three and ultimately it leads individuals and the church as a whole to the end in Act Five, the eschaton where the lost parts of the narrative are reincorporated and consummated.

In sum, Wells wants individuals to think of ethics not as a question of making the right choice between two opposing actions but as a means by which an individual fosters a disposition capable of making proper decisions, improvising the Christian narrative forward toward Act Five not through blocking and accepting but through overaccepting. 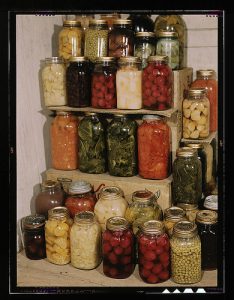 I consider Wells’ improvisational ethic valuable in its application in particular contexts.  More specifically, Wells applies the lens of an improvisational ethic to the hotly contested debate concerning genetically modified (GM) foods.  Wells articulates the reasons both to block and accept GM foods.  On one side, GM foods present the potential answer to world hunger.  On the other side, GM foods contain added chemicals potentially harmful to health possibly an abomination to the world created naturally by God.  In applying his improvisational ethic, Wells sees it fit to neither block nor accept; Wells believes, instead, that overaccepting is the answer.

When one accepts GM foods, he or she places trust in science to solve world problems which are a result of sin instead of placing trust in God to deliver humanity from its perils.  Similarly, an individual denying the use of GM foods forgets that Jesus essentially produces GM foods when he uses five loaves and two fish to feed five thousand people.  Instead, Wells points us to the Eucharist as a means by which Christians can overaccept the issues of GM foods.  Wells writes:

The Eucharist is God’s word to the advocates of GM foods because its fellowship challenges the cynicism of their selfish world.  The Eucharist is God’s word to the opponents of GM foods because its sacrifice challenges the naïveté of a world based on humanist assumptions.  Most of all the Eucharist proclaims to all people that there is only one way to save the world – not through more food, not through pure food, but through shared food, the broken bread received from Christ’s body broken on the cross (212).

Wells’ overacceptance of the GM foods dilemma in the form of inviting all people to partake in the Eucharist is a beautiful example of the practical nature by which an improvisational ethic redeems culture and continues the narrative of God without blocking or accepting only part of the story.