During my second class of three courses in Global Christian Heritage, I had the privilege of studying John Henry Newman.  Most known for his shocking conversion from Anglicanism to Catholicism, John Henry Newman was tabloid fodder in his native England, a country openly opposed to Roman Catholicism.  Responding to these allegations, Newman wrote his ground-breaking autobiography, Apologia Pro Vita Sua.  While most of the content is devoted to Newman’s state of mind as he struggles between Anglicanism and Catholicism, I found the defense of Church infallibility in the concluding section of Apologia Pro Vita Sua to be fascinating. 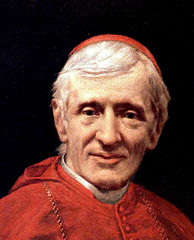 The particular Protestant objection to the doctrine of infallibility is that it curbs ideas.  Anything that is not one, holy, catholic, and apostolic is heretical.  How could people think for themselves if any random idea could potentially be branded heretical?  Newman responds to this objection by explaining the purpose of infallibility.

First, Newman believes that the infallibility of the church exists as a response to the wickedness wrought from original sin.  Since humanity is plagued by the brokenness of sin, infallibility serves as ruling marker, keeping lives in check.

Second, infallibility is not an external source that makes judgments on affairs; it is, instead, confined to make decisions within the realm of law, natural religion, and apostolic faith.  Thus, Newman can state that the belief in infallibility is

that I have only been holding all along what the Apostles held before me (227).

Third, Newman argues that infallibility does not control the freedom for individuals to pursue religious thought; it exists merely to limit the extravagance of theological inquiry.  In light of this argument, Newman expands his case by writing,

It is individuals, and not the Holy See, that have taken the initiative and given the lead to the Catholic mind, in theological inquiry (235). 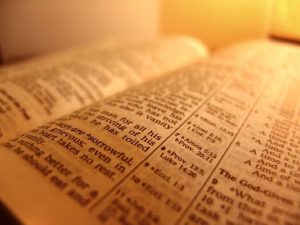 Even though modern congregations seem to react negatively to the doctrine of infallibility when applied to Rome, they are more than willing to claim the infallibility of Scripture.  I would argue that if Rome was exchanged with Scripture in Newman’s work, many evangelical Christians would champion John Henry Newman as a sound theologian.  This assertion partly illustrates the compelling nature of Newman’s argument; many Christians today do not consider the bible to restrict theological inquiry, they believe that Scripture enhances it.  So then why is the doctrine of infallibility demonized by Protestants and the doctrine of Scriptural inerrancy unquestioned?