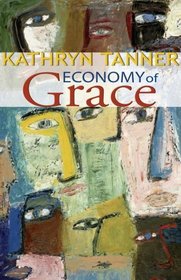 Kathryn Tanner splits Economy of Grace into three sections. In the first, she questions whether Christianity provides specific influence on economic discussions. Answering in the affirmative, Tanner continues in the second section to outline a theological foundation for economics. Finally, she concludes with a section promoting potential applications of a theological economy in a practical manner.

At first glance, theological and economic discussions contain little similarity. On one side resides the language of justice, faith, and health; on the other resides the language of capital, profit, and competition. In the first chapter of her tome, Tanner explores the relationship between Christianity and economics. While most typically view theology in the realm of the individual and economy in the realm of community, Tanner suggests that the link between the two in the simplest form is grace and money.

Without further explanation, of course, such an assertion raises the eyebrows of many theologians as the threat of prosperity theology presents itself. Tanner battles these assumptions by suggesting the link between grace and money lies in the conception of distribution.

Having presented the connection between theology and economics, Tanner utilizes the space in chapter two to discuss alternative forms of the economic system based on a theological lens. While efforts have been made to promote a theological economy through the concepts of inalienable property rights and gift exchange, both systems fall short of truly uniting with the notion of noncompetitive grace.

A theologically based economy must act similarly to the way God acts in relation to humanity.

The whole point of God’s dealings with us as creator, covenant partner, and redeemer in Christ is to bring the good of God’s very life into our own. Our lives participate in that divine mission and thereby realize the shape of God’s own economy by giving that follows the same principle: self-sharing for the good of others (85).

Scripture presents God as an unconditional giver. Everything we have is a result of God’s generosity, and humanity is incapable of repaying such a gift to God. Therefore, our best approximation is to unconditionally give to others as God gives to us.

Constructing an Economy of Grace

But does this theological view of economy contain practical application, or does it merely reflect a utopian state? In the third chapter, Tanner attempts to apply her framework on a practical level.

Tanner admits that her economy of grace carries utopian themes. Given the current state of the global economy, it is probably impossible for noncompetitive grace to achieve an economic stronghold. 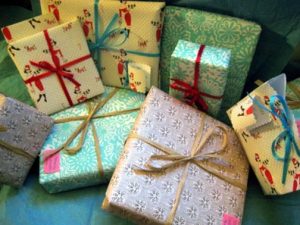 For example, capitalists typically seek the highest  profits by pursuing the most efficient production. The cheaper the cost of manufacturing with a maintained quality, the higher the profits. Yet such practices usually result in capitalists paying employees less and less. Taking this thought process to the extreme, if a company pays employees so little that they are unable to purchase the products, profits will plummet as consumption dies.

An economy of grace, however, suggests that a principle of noncompetitiveness solves this inherent flaw in capitalism.

One should, whenever possible, promote growth strategies in which the economy grows and poverty is reduced at the same time (96).

While capitalists can earn significant profits in the short term through diminishing wages, such practices are detrimental in the long term. An economy of grace, on the other hand, suggests that gradually raising wages and lifting the poor out of poverty benefits all of society.

While Tanner presents an intriguing vision for a theologically based economy, I find her conclusions to be inconsistent. Although she readily admits that a pure economy of grace is utopian, considering the current state of global affairs, her application of theological tenets to the current form of capitalism changes underlying assumptions minutely.

More specifically, if an economy of grace is based on noncompetitive giving, a gift given in order to expect a return on investment violates the economy of grace. Tanner’s third chapter provides many examples where supposedly altruist behavior helps all stakeholders. But in my mind such assertions betray the root purpose of noncompetitive giving: the notion of self-sacrifice for the good of another.

In this way, Tanner’s attempt to reconcile a theologically based economy with the current capitalist system equates to an argument of good ethics equals good business. What if good ethics equal bad business? Surely at some point a manager must face a decision between ethical behavior and bottom-line profits. Does Tanner’s economy of grace answer this manager’s dilemma? I am doubtful that it can escape its utopian nature.