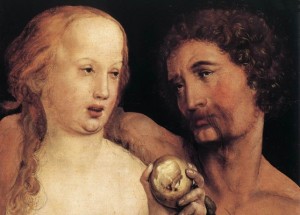 In his fine textbook, Caring for God’s People, Philip Culbertson writes this:

People come to pastoral counselors because they wish to be understood in a holistic way that keeps their spiritual life integrated with their emotional and intellectual lives. They come because they perceive that pastoral counselor can offer them four specific gifts: an understanding of human nature rooted in the goodness of God, a relational humanity patterned after the humanity of Christ, a respect for the dignity and autonomy of every human being, and a deep commitment to the health and ultimate good of each member of the church.(1)

I don’t dispute any of this, but I think there’s something important missing from this inventory. And judging from Culbertson’s general approach, I’m pretty sure its absence was not an inadvertent omission. I am referring to the “pastoral gift” of moral judgment.

Let me clarify what I mean by “moral judgment.” It is simply the unavoidable and universal human practice of differentiating right from wrong, good from evil, vice from virtue, and wisdom from foolishness. Of course, human life is shot through with complexity, ambiguity and change, and there is much difference of opinion from person to person and from culture to culture on moral questions. But the fact that rendering moral judgments is always perilous, and therefore that prudence, compassion and sensitivity are always called for when rendering them, does not mean that human beings are ever dispensed from the need to render them. For when a dyed-in-the-wool relativist claims that all moral judgments are power plays in disguise, he is faced with the problem of determining whether power plays are morally good or bad things. If he deems them good, then he has no reason to object to them, and if he deems them bad, then he has himself committed the very wrong that he has just objected to.

But the fact that having to render moral judgments is inescapable does not give anyone, including Christian pastors, the right to be “judgmental,” to set themselves up as infallible arbiters of other people’s conduct. I suspect that a judgmental and self-righteous disposition, particularly among clergy, is really what Culbertson is opposing—and I would agree! But note that such op-position is itself a moral judgment. To say that judgmentalism is a character flaw is already to imply that certain dispositions are virtuous, and must therefore be assiduously cultivated, and that others are vicious, and must therefore be renounced. To say that self-righteousness is wrong is to say, not that it is impossible for a person to be righteous, or that there are no reliable standards of righteousness, but that a truly righteous person is alert to how far short she falls from those standards, and is appropriately cautious in applying them to others.

As my dear friend and colleague, Dr. Bob Drovdahl, once pointed out, Jesus’ injunction against judging others (Matt. 7:1–5) is followed immediately by his injunction not to give dogs what is holy or throw pearls before swine (Matt. 7:6). The former is an attack against hypocrisy—a moral judgment against moralistic judgmentalism. The latter acknowledges what the former presupposes, namely, that moral judgments can and must be made. We can know what holiness is. We can tell pearls from mud pies.

Pastors must sometimes make such judgments.

Many years ago, when I was a young country pastor, a member of my congregation asked me to visit her in her home. When I arrived, she tearfully told me that she had been having an affair with a traveling salesman who lived in the vicinity. It turned out that her husband was away a lot of the time and not very attentive to her or their two kids when he was home. She felt housebound and lonely. The salesman, who was himself newly married, had sweet-talked her into having sex with him. She felt terrible and wanted my help. I did just what my seminary counseling professor taught me to do: I extended to her my “unconditional positive regard.” I paraphrased (“What I hear you saying is…”). I reflected affect (“You seem to be feeling…”). I avoided moralistic brow-beating, suggested that her “affair” was a symptom of marriage issues that had to be discussed forthrightly with her husband, and offered to referee such discussions. And she felt better. Culbertson would have approved.

But two weeks later, late on a Saturday evening, she called me again. She was hysterical and needed to see me “immediately.” We arranged to meet at church the next morning at 7:00 am. She told me that she had not talked over her loneliness with her husband, and that she was still seeing the traveling salesman. Once again I went into full non-directive counseling mode—paraphrasing, reflecting affect, oozing unconditional positive regard.

Suddenly it hit me. She was consulting me because I was her pastor, but I was talking like a badly trained psychotherapist. I was relieving her of just enough guilt feelings to facilitate the continuance of the actions that made her feel guilty—and did so precisely because she knew them to be wrong. So I girded up my clerical loins and said: “Mary, as your pastor I have to tell you two things. First, you are committing the sin of adultery and you are putting two marriages in danger. And second, you are being very foolish, because you have no grounds for believing that in the long run this guy will treat you any better than he is now treating his own wife. I advise you to stop seeing him immediately and fix your broken marriage.”

By now it was 8:30, and worship was at 9:00. People were arriving, and the church building was so small that privacy was compromised. So the conversation ended, but to my surprise she decided to stay for the service. She hadn’t been to church more than three or four times in the past four years, but that day she stayed. It was a communion Sunday, and she came forward to the Table. Tears of repentance and relief poured from her eyes as she received the tokens of divine love and healing. Divine grace happened…because divine law had first been spoken. What “pastoral care” I offered her began with my unconditional positive regard…and not beginning there would have been inhuman. But it ended with my invoking the authority of moral norms that she understood and respected, and with my inviting her to participate in a ritual whereby forgiveness and restoration were actualized for her.