Practica: Paul, Haircuts, and the Bathroom

As Raoul eloquently stated in the previous post, the practicum component of the graduate program provides students with a creative outlet in the process of internalizing the subjects learned quarter by quarter.

I decided to form my spring quarter practica assignment around a memoir – kind of like Donald Miller’s Blue Like Jazz. My memoir attempt entailed describing theological principles in a witty manner. In the excerpt below, I give an amusing anecdote hoping to elaborate on a theological argument Paul composes in Philippians.

Paul, Haircuts, and the Bathroom

When I was in a band, I hated haircuts. One might assume that my displeasure toward scissors is related to my desire to look like an unkempt and annually unshowered slob. Let the record state that this account is false. I showered everyday; I swear! Honestly, I refused to get a haircut because I hate sitting through awkward discussions. I would always get a random hair stylist who had more talent snapping gum than cutting hair.

“What do we want to do with your hair today,” she would mumble.

I would respond, “I’m not sure, honestly, I want it to be hip and indie?”

She delightfully proclaims, “Let’s look at a book!”

Whenever you present your hair as an open palette to a stylist, he or she will always return to that mid-nineties salon style book. You know the one I am talking about right, the one with colorful cover? Those poor male models are permanently glued to those worn pages! 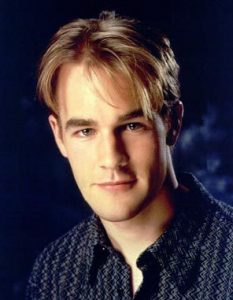 Which style should I choose? I could go for the bleached spiky tips. That haircut was the hottest look for junior high students in 1997! I have doubts concerning its indie credibility. Perhaps I could go with a bowl cut and matching cross necklace? Do I have enough confidence to wear a look fifteen years past its due? Not today… but maybe someday? They should really make an annual salon hairstyle book; someone is really being lazy here. Either every stylist was trained in the nineties, or the salon book company went out of business and nobody told the consumers.

Choosing a hairstyle is not even the worst part of a haircut. I would argue that the nastiest, most awful element is enduring the barber-chair discussions. For some reason, stylists feel obligated to strike up a conversation during the cut. Perhaps it is part of their stylist training but the awkwardness of these conversations never ceases to amaze me. I can see the wheels turning as she is trimming my hair. Her thoughts are screaming, “What should I say!? What should I say!? This silence is unbearable! He has gauged ears; maybe we could talk about earrings. My nephew has gauged ears! I’ll tell him how my nephew’s ear lobes are bigger than his head.”

She asks, “I see you have your ears pierced. Did that hurt?”

“Not really. I just took it slow and they are actually smaller than they use to be,” I respond.

Quickly, the stylist exclaims, “Amazing! My nephew pierced his ears and now his earlobes are bigger than his head!”

“Wow. That’s bigger than I would ever go. At that point, he has gone past the point of no return. He’s going to have huge ear lobes until the day he dies,” I add.

Silence. Snip. Snip. Snip. Her mind once again flips through her rolodex of thoughts trying to find another source of conversation. These discussions are extremely awkward.

Tara (my wife) cut my hair for awhile, but she had never cut hair before. She performed her task admirably all things considered. Truthfully, having friends cut your hair is a really smart idea because if it’s a terrible haircut, you can tell everyone who did it; so there’s an added incentive to do a good job when you are cutting your friend’s hair. For this reason, Tara would always freak out when cutting my hair and she should because there is a lot of pressure involved.

One day, Tara finally convinced me to get my haircut with her stylist. I had reservations of course; mainly because I dreaded the inevitable awkward conversation. Yet, the discussion wasn’t so bad. We chatted about her son and her philosophy of parenting. I’ve always been interested in how to parent because it seems like no matter how you parent, children turn out differently. I have one friend who is homeschooling his kids; I have another friend who is sending his child to a liberal-arts preschool. Which child will turn out better? Does the manner in which they are educated even relate to the subjective judgment on how they “turn out?” Probably not. But it is interesting to see the method in which parents try and raise their kids. So we talked about that. It wasn’t awkward. I made recurring haircutting appointments.

In fact, last time Tara’s stylist cut my hair, we talked about poop. I should probably elaborate. We discussed current happenings including my writing of this memoir. She told me how exciting it would be to read things about me. I informed her that the memoir probably won’t be any good because I lack confidence; I’m not funny; etc. I said that I am no David Sedaris. She didn’t know the reference.  Setting aside the sad fact that she had not read David Sedaris, I enlightened her through my favorite David Sedaris story, the one where he clogged a friend’s toilet while dropping the kids off at the pool, or negotiating the release of hostages, you know any of those euphemisms for disposing fecetic tissue. Mr. Sedaris was left with a dilemma, either he could notify the host of the dinner party that the toilet was clogged, or he could take measures into his own hand.

He decided to grab the #2 and throw it out the window.

Tara’s hair stylist found this story very funny. As she took liberties with cutting my hair (I tell her that she is an artist and I am a canvas so she always cuts it however she wants), she proceeded to narrate to me her own poop story. You see, her young son enjoys playing with toys while he sits on the toilet. There are certain times when he accidently drops his toys into his poopy. Of course this makes him scream for mom with a simple request for toy retrieval. I try and imagine myself in that situation. If I were the father of the child, I can’t help but believe that I would practice some tough love with him.

“Sorry son, you either grab that t-rex yourself or you flush.”

I might even symbolically wash my hands in the sink to illustrate that it is not my problem anymore. I doubt he’ll understand the gesture.

Tara’s hair-stylist – being a superior parent – has a better idea. She owns a mechanical hand meant for picking up socks that fall behind the dryer. So when her boy cries out that his precious toy is swimming with the poopies, she comes running with the mechanical hand. In a sense, it brings new perspective to Paul considering all things as crap compared to Christ. 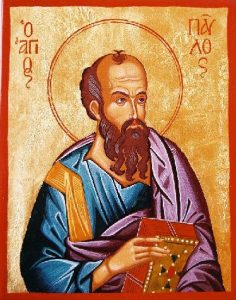 In fact, the ability to stick your hand into a pile of poop is an excellent analogy to Paul’s letter to the Philippians. In those days, shame and honor dictated social status. If society honors an individual, his or her followers receive similar exaltation; if society shames an individual, his or her followers are similarly disgraced.  In light of this concept, the context of Philippians becomes apparent: Paul writes attempting to convince his new church plant that his current shame is an honor instead. While the world observes certain items as shameful, Jesus honors Christians who have fallen down the societal shame ladder. In this context, Paul confidently proclaims, “For to me to live is Christ, and to die is gain.”  Even death – the most shameful thing that could happen to a person – presents a situation where an individual gains honor in Christ.  Currently, living a Christian life modeled after Jesus is not a recipe for honor. Yet, we as Christians avoid receiving shame, we avoid uncomfortable situations, and we most certainly do not consider these scenarios the calling of God. Perhaps we should open ourselves to the possibility of shame, the inevitable probability of using a mechanical hand in order to search through feces for that small toy, receiving the honor of Jesus in the process.

Paul considering all things “crap” references Philippians 3:8.  In English the verse says, “Indeed, I count everything as loss because of the surpassing worth of knowing Christ Jesus my Lord. For his sake I have suffered the loss of all things and count them as rubbish, in order that I may gain Christ” (Philippians 3:8 ESV).  The word “rubbish” in Greek is “skubalon” meaning a stronger word than “crap”.  As mentioned in the body of text, Paul uses such strong language to remind his readers that things people think are honorable are poop and things people think are dishonorable are in fact honorable.