I really should not watch zombie movies anymore.  I had never really found them all that frightening.  That is until I was driving under a fairly long tunnel on my way to Bellevue and had a flashback to the tunnel scene in 28 Days Later (not to be confused with the movie 28 Days).  I even turned down a job once because of all of the zombie movies I watched on rainy October nights.  The job was night security officer at a biomedical lab in Southlake.  I did not want to be the one to discover, in the dead of night, that the cure for malaria that this lab discovered was actually an infection leading to the zombie apocalypse.  Despite the fact that I know better, I began watching the first season of The Walking Dead.

The Walking Dead stars Andrew Lincoln, from Love Actually, who was a police officer that is until he wakes up from a 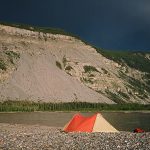 coma and discovers that the world is overrun with zombies (alternatively known as “walkers” or “geeks”.  Lincoln’s character, Rick Grimes, is focused on finding his wife Lori, played by Sarah Wayne Callies from Prison Break, and young son Carl.  Luckily, Rick finds his wife and son alive, and begins helping the group of mountain top survivors that helped Lori and Carl escape from the zombies.

The Walking Dead is gruesome, terrifying, stark and at times immensely beautiful. I enjoy anything within the apocalyptic genre, regardless of the appearance of zombies.  The underlying question for me is what is humanity like when put in such dire circumstances?  Can we rise above our past and become a new or at least better creation?  Or to adapt a phrase from Jack Sheppard; will we live together or will we die alone?

Even when the world is mostly populated by the undead there is still bigotry, racism and the need for reconciliation.  Sin continues to creep into the lives of the survivors. Shane is the leader of a group of survivors and conveniently Rick’s best friend and partner in the police force.  Shane, believing that Rick is dead, rescues Lori, begins a romantic relationship with her and acts as a father figure for Carl.  After Rick finds his wife and son, Shane and Lori cover up their relationship leading to anger, lies, jealousy and attempted murder.

Although many of the scenes are frightening, The Walking Dead is also full of tender moments.  There are heartfelt scenes, such as two sisters fishing to feed their survivor companions and talking about how their father taught them to fish.  Or two grown men and a boy completely ecstatic about the fact that the sheriff’s department still has hot water enabling them to take showers.  The Walking Dead is nicely balanced with scenes of hope and joy for those displaying fear or zombie killing.  One such scene involves a misunderstanding between two groups of survivors who end up threatening each other with violence in a warehouse over some supplies.  An old woman gets between the two quarrelling groups, cutting the tension and allowing the two groups to talk with one another.  The supplies are then courteously shared among the two groups of survivors, who are each attempting to protect the weak.

In the end those who survive are a mixed bag.  There are some like Rick who remain honest and upright.  Others continue to beat their wives and children.  Some attempt to be honorable, but fall into sins of opportunity, theft, deception, adultery and even the urge to murder the living. While some of us can and do become better in the face of extreme circumstances, others fall into darkness.  As a whole humanity, even in the face of zombies, cannot become a new creation. The Walking Dead makes it clear that humanity will always need help from a Savior.

The Walking Dead is the story of people desperately hoping for the day when they can turn their swords, or more accurately firearms, into plowshares.  Hoping to build homes and live in them; to plant grapes and drink the fruits of their labor.  The Walking Dead is the gruesome and beautiful story of people fighting to choose life, struggling to keep despair at bay, amidst a world of dead, creeping, soulless things.