Book Celebration 2015: Review of “A Compact Guide to the Whole Bible” 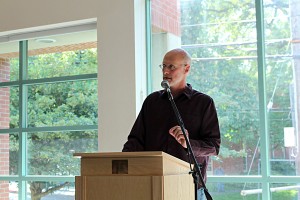 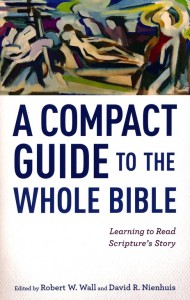 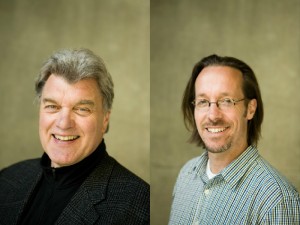 A book that has so many different pieces, each with its own author, poses a particular challenge to a reviewer limited to a few quick minutes. I could begin by noting that this book, “A Compact Guide to the Whole Bible: Learning to Read Scripture’s Story” is clear, sharp, accurate, accessible, and its authors are good-looking. I could simply pile up adjectives praising this book, but that might not really get at its true importance for the church today.

Instead I want to focus on the subtitle of the book: Learning to read Scripture’s story. That idea forms the basis of what I want to suggest in terms of how this book might live in a congregation. I often ask my students who taught them how to read. With a little effort, they can recall those who taught them how to read. Then I ask them, “Who taught you how to watch TV?” For almost all of them, the answer is no one. They were simply put in front of a TV at a young age and it became immediately accessible to them. Reading is hard, it takes work; it must be learned. Watching is easy; it requires the mastery of few, if any, skills. This is even true when we watch over our computers. Even the youngest child can master how to watch something wirelessly in a few minutes. Compared to watching, learning to read is difficult, time consuming and requires teachers. Nevertheless, literacy is still essential for managing one’s way through our world successfully. If that is true of reading generally, then I also want to say that learning to read Scripture, and to read Scripture’s story is equally essential for navigating one’s way through the life of faith successfully.

There is no other important task facing churches today than the formation of believers capable of embodying the good news of Jesus Christ in a wise and winsome ways across all of the diverse contexts in which we find ourselves. However and whenever someone enters the church they have already been formed through their participation in the various cultures that comprise our world. To short sell the hard work of Christian formation does not simply leave people as immature believers. It also consigns them to living out the gospel with all of the habits, practices and dispositions formed in them by their immersion in a culture driven by such forces as consumerism, racism, and nationalism. To abandon the hard work of formation does not simply leave believers underprepared to live faithfully in this world; it also invites them to retain and embody all of the ways they were formed by the world prior to coming to faith.

I would also argue that the first steps in any pattern of Christian formation worthy of the name require believers to attain a fluency and facility with the broad story of Scripture. Yes, the details of specific texts are important, too. Those details, however, need to be understood, ordered and contextualized in relation to the whole scope of Scripture. Even before the full canon of Scripture was finalized, the church had to address believers who had gone off the rails because they failed to understand the pieces of Scripture in the light of the whole. I am thinking of characters such as Marcion and Valentinus in particular and the ways in which Tertullian and Ireneaus respond to them by constantly confronting their opponents with the broad scope of the Scripture.

Moreover, for the vast majority of Christian history, virtually all believers were exposed to this story through the liturgies, prayers and visual representations they encountered in Eucharistic worship. Those formative contexts cannot be assumed any more. Even when they exist they often do not operate as part of a wider pattern of formation. On top of that, many churches have abandoned formal catechesis as part of their ministry.

All of these are part of the woes of church life in the United States at the beginning of the 21st century. I have probably not told you things you did not already know. Regardless of whether this is new news or not, because the aim of “A Compact Guide to the Whole Bible” is to help people learn to read Scripture’s story, it should be one element that can play a significant role in the formation of believers.