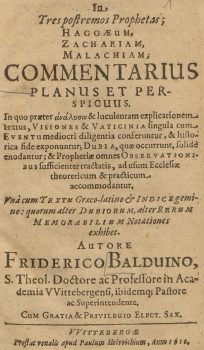 
The phrase “Always Reforming” (Semper reformanda, technically “Always to be reformed”) has been enlisted here, in connection with a Day of Common Learning at this University with what one might call pietist roots and/or sympathies, in its broadest possible (rather than any strictly historical) sense, as “encompassing notions of change, renewal, improvement, alteration for the better, and innovation,” whatever their disciplinary home, and whether they be properly theological in nature or not (Assistant Provost and Director of the Center for Scholarship and Faculty Development Dr. Margaret Brown).

Violence as Spectacle, Sacrifice as Icon


Two events occurred last week, which I instinctively knew to be connected, though at first I couldn’t see exactly what the connection might be. As I pondered the question, my mind was flooded with a cascade of old memories and fresh reflections, which only added to my bewilderment. It was like dumping the pieces of a jigsaw puzzle onto a table. You know there is some kind of order to them all, but at the moment all you’ve got is a meaningless jumble of color patches. At this point, I think I’ve got the border pieces of my puzzle in place, but that’s about all. Maybe you can help me finish it.


This is the second of a two-part blog post on what I learned from teaching Christian prison literature to inmates of two Washington State correctional facilities, inmates who self-identified as “religious” or “spiritual,” though not all as explicitly or conventionally “Christian.”

Learning from Prison Inmates, Part I


For the past several years, I’ve been writing a book on Christian prison literature, or rather, on one particular kind of Christian literature, namely works which enunciate the convictions of Christians who were incarcerated for opposing the laws, policies, mores and/or ideals of their society, and which narrate their experience of trying to live in accordance with their “counter-cultural” convictions during their period of incarceration. I am investigating the various ways in which Christians who have been incarcerated for their religious convictions manage to maintain those convictions in the face of the relentless and often brutal efforts of the state to silence them or force them to recant, and exploring the spiritual resources they draw upon to endure repression and the rhetorical strategies they use to continue promoting the very convictions for which they were imprisoned. The figures whose prison writings I am studying are Vibia Perpetua (ca. 180–203), Anicius Boethius (ca. 475–ca. 526), Maximus the Confessor (ca. 580–662), Thomas More (1478–1535), Michael Sattler (ca. 1490–1527), John Bunyan (1628–1688) and Martin Luther King, Jr. (1929–1968). As I studied this literature, I began to wonder whether readers with first-hand experience of living a religious life behind bars, as I have not, might see things in it that would escape my notice. I resolved to find out.


What is the “discernment” or “testing” of spirits? As I understand it, it is a two-sided gift, involving both theological discrimination and spiritual insight. Theological discrimination refers to the capacity to sense when someone’s ideas or actions are out of alignment with the historic Christian faith. Spiritual insight, also known as the virtue of prudence, refers to the capacity to size up people and situations, and then to intervene in ways that forestall or correct mistakes, calm tensions, reconcile adversaries, and heal wounds of mind and heart. Teachers, perhaps, need an extra measure of the former, pastors and chaplains of the latter. But good teaching requires a share of prudence, just as skillful pastoral care must be deeply rooted in solid doctrine. So I venture to say that everyone called into Christian leadership needs to be “discerning” in both ways.

The Law of Ecclesiastical Disgruntlement


Back in August, 2012, I received an email from “Cheryl,” a prospective student at Seattle Pacific Seminary, who felt a call to pastoral ministry. She asked my advice on which of two denominations she should join. I replied…